Origami transforms flat square sheets into dynamic and unique works of art. Who would think that this centuries old art form would be a source of inspiration for scientists, engineers, and architects?

With origami, it’s possible to create large structures that fold up for transportation or for squeezing into tiny spaces. Origami also inspires architects to “produce more complex figures producing elements of light and shadow.”

Engineers at the Jet Propulsion Lab are developing a giant flower-shaped shade designed for use with space telescopes. The shade would fold up during launch and then unfurl in space before being positioned in front of an orbiting space telescope to block starlight and permit detailed observations of exoplanets. The engineers took their design cues from an origami pattern called a “flasher” that lets a large sheet collapse into a tightly packed cylinder. 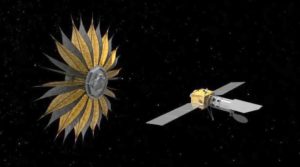 Waechter Architecture was recently inspired by origami for a community of homes folded into one unifying complex in the Piedmont Neighborhood of Portland, Oregon. The homes have a streamlined design aesthetic, and the designers particularly used origami concepts to create vaulted ceilings in the third floor bedrooms that encourage and enhance natural light. The origami influence inspired beautiful homes in an accessible neighborhood, give me a call to come check them out! 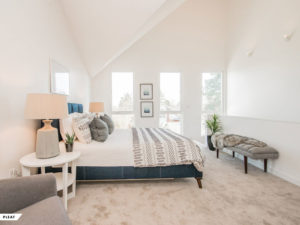 A Second Strike at Gold

They say lightning never strikes in the same place twice, but Lana and Brent can live...

My team and I are so excited to celebrate my client’s closing on his beautiful condo...

Lucky Number 7 for the Win

Katie loved her home in N Portland and wanted to stay in the neighborhood, so we...

Sarah and Dan were renting in the St.John’s neighborhood when we began their search. While we...