Blog Education A Legacy Of Housing Discrimination In Oregon

A Legacy Of Housing Discrimination In Oregon

One of the great benefits about homeownership — other than shelter, peaceful refuge, and a stable place to live and grow — is that it creates the opportunity for a steady form of wealth accumulation and can lead to positive family, social, civic, financial, health and employment outcomes. More to the point, it helps build generational wealth, which allows families to build upon past hard work and investment and pass that on to the next generations, who can then live with more financial freedom and security.

However, Oregon’s racist legacy and its present-day effects, as well property rights-based racism – including redlining and discriminatory zoning — have prevented BIPOC (Black, Indigenous, People of Color) communities from enjoying these same benefits as white people for more than 150 years and have put them at an overwhelming disadvantage simply because of their skin color. The results are devastating on an individual level, and negatively impact our communities, as well as the health and well-being of our society.

That has to end. Now.

“This systemic discrimination, which was also practiced nationwide and goes back to the origins of our country, has harmed communities of color by excluding them from homeownership and wealth-building opportunities; denying them access to educational resources, jobs and healthy neighborhoods; and perpetuating segregation, displacement, and harmful stereotypes through the zoning code, deeds and covenants, lending practices, public housing and urban renewal.” Historical Context of Racist Planning: A history of how planning segregated Portland.

I wanted to learn more about the history of racially-biased housing policies in Oregon, and have only begun that journey. And I recognize the great privilege I have to research and learn about racism, while never having to experience it. With this blog post, I’ve attempted to provide a very brief introduction to how racism in Oregon has negatively impacted BIPOC communities in the context of property ownership. I’ve linked to a lot of great content and would encourage you to click through and delve deeper. Much of what’s contained below is quoted directly from these sources.

I hope you find this information enlightening, discomfiting – and even maddening – and that it might spur you to learn more and do what you can to help correct these past mistakes, and to support fair housing initiatives and boost homeownership rates in BIPOC communities.

There is little debate that Oregon was founded on racial prejudice and institutionalized policies that explicitly discriminated against Black people and other minorities.

The state constitution contained an exclusion clause that forbade Black people from coming to the state, living in the state, or holding property in the state when it became part of the United States in 1859.

“Oregon was one of only six states that refused to ratify the 15th Amendment to the U.S. Constitution, which gave Black people the rights of American citizen-ship and Black men the right to vote. This clause was not removed until 1926.” Portland’s Gentrification has its roots in racism.

White supremacists were overt players in the power structures of state and local governments in Oregon in the early 20th century.

From The Racist History of Portland, the Whitest City in America:

“The rise of the Ku Klux Klan made Oregon even more inhospitable for black people. The state had the highest per capita Klan membership in the country. Democrat Walter M. Pierce was elected to the governorship of the state in 1922 with the vocal support of the Klan, and photos in the local paper show the Portland chief of police, sheriff, district attorney, U.S. attorney, and mayor posing with Klansmen, accompanied by an article saying the men were taking advice from the Klan.”

Portland real estate brokers were part of the problem, too.

From Bleeding Albina: A History of Community Disinvestment:

“The hostile racial attitude of White Oregonians manifested in Portland’s built environment through real estate practices. […] The REALTORS® felt that it was best to declare a section of the city for them so that the projected decrease in property values could be contained within limited spatial boundaries.”

From The Early History of Portland’s Racist Housing Strategies: Part One:

“By the mid-1910s, city leaders and local REALTORS® saw the potential economic upside of confining Black residents and people of color to racialized ghettos. According to Gibson, in 1919 the Portland Realty Board “adopted a rule declaring it unethical for an agent to sell property to either Negro or Chinese people in a White neighborhood.” The process, called restrictive covenants, was a legal and widely accepted practice.”

“The policy was also institutionalized in government subsidizing of amenities that disproportionally benefitted White neighborhoods. Parks, roads, fire stations, police, water, electricity, and school investments were prevalent in up-and-coming White neighborhoods in the West Hills, near Mt. Tabor, and in the Alameda area. Today, the generous zoning and abundance of parks and water towers in predominantly White neighborhoods showcase such disparities.”

“Meanwhile, Portland banks made it policy, in conjunction with realty industry standards, to decline loan requests to Black families applying to mortgage homes anywhere in Portland—except in the area near Williams Avenue in N. Portland’s Albina District. The 1939 training manual for local REALTORS® reflects this reality in stating that they envisioned ‘setting up certain districts for Negroes and Orientals.’”

And, finally, federal law and the federally-chartered banking system had perhaps the most devastating direct effects on housing discrimination.

From Portland’s Gentrification has its roots in racism:

“Across the nation, federal law reinforced this housing discrimination. In 1934, Congress created the Federal Housing Authority to insure private mortgages. This led to lower interest rates, a drop in the required size of down payments, and eventually lower housing prices. The FHA rated neighborhoods using maps: All-white neighborhoods received an “A,” while neighborhoods with even a single Black family received a “D” and were outlined in red. Black people were viewed as a contagion, and no federal money was loaned to “redlined” districts.”

“Even banks were complicit. In 1990, The Oregonian [in an 8-part series called “Blueprint for a Slum] found that altogether, Portland’s banks made just 10 mortgage loans in the Black community of Albina, at the same time they’d made over a hundred loans in similarly sized tracts elsewhere in the city. And housing discrimination continues today: In 2011, Eric Holder’s Department of Justice fined Bank of America $335 million for predatory racist lending practices, and Wells Fargo $175 million in 2012.”

“Whites could rely on a legitimate lending system backed by their government; Blacks, however, were excluded or herded toward unscrupulous lenders. The result was devastating. White families grew relatively wealthy as their homes grew in value. They sent their children to college, took care of their parents, and bequeathed wealth to the next generation. Black families largely could not. Black American incomes average about 60 percent of white incomes, and yet Black American wealth is just 5 percent of white wealth. This enormous difference is almost entirely attributable to federal housing policy implemented — by law or by custom — throughout the 20th century.”

When asked about modern-day redlining in 2018 Federal Reserve Chairman Jerome Powell said, “If people are denied access to credit, then they are going to be less able to attend school, less able to start a family, less able to move to a new job, all kinds of things…and if you take that out across a broad population, it would certainly hurt the growth of the country.”

This legacy of discrimination makes me sad and angry. As a licensed real estate professional, I want to help make a difference and right these past wrongs. And I hope you do, too.

As a starting point, here are some local organizations working to help stabilize housing in BIPOC communities and increase the rates of homeownership. I know there are many more and would love to hear your suggestions. Learn more about their work and consider donating to support their efforts.

Each month for the rest of this year, I’m matching and donating 100% of my marketing budget to local and national organizations fighting to end racism, providing access to housing, promoting human rights, and preserving civil liberties. So far, I’ve donated to the Fair Housing Council of Oregon, Portland Community Reinvestment Initiatives, Inc. and Taking Ownership PDX. More to come.

Your referrals are at the heart of my business, 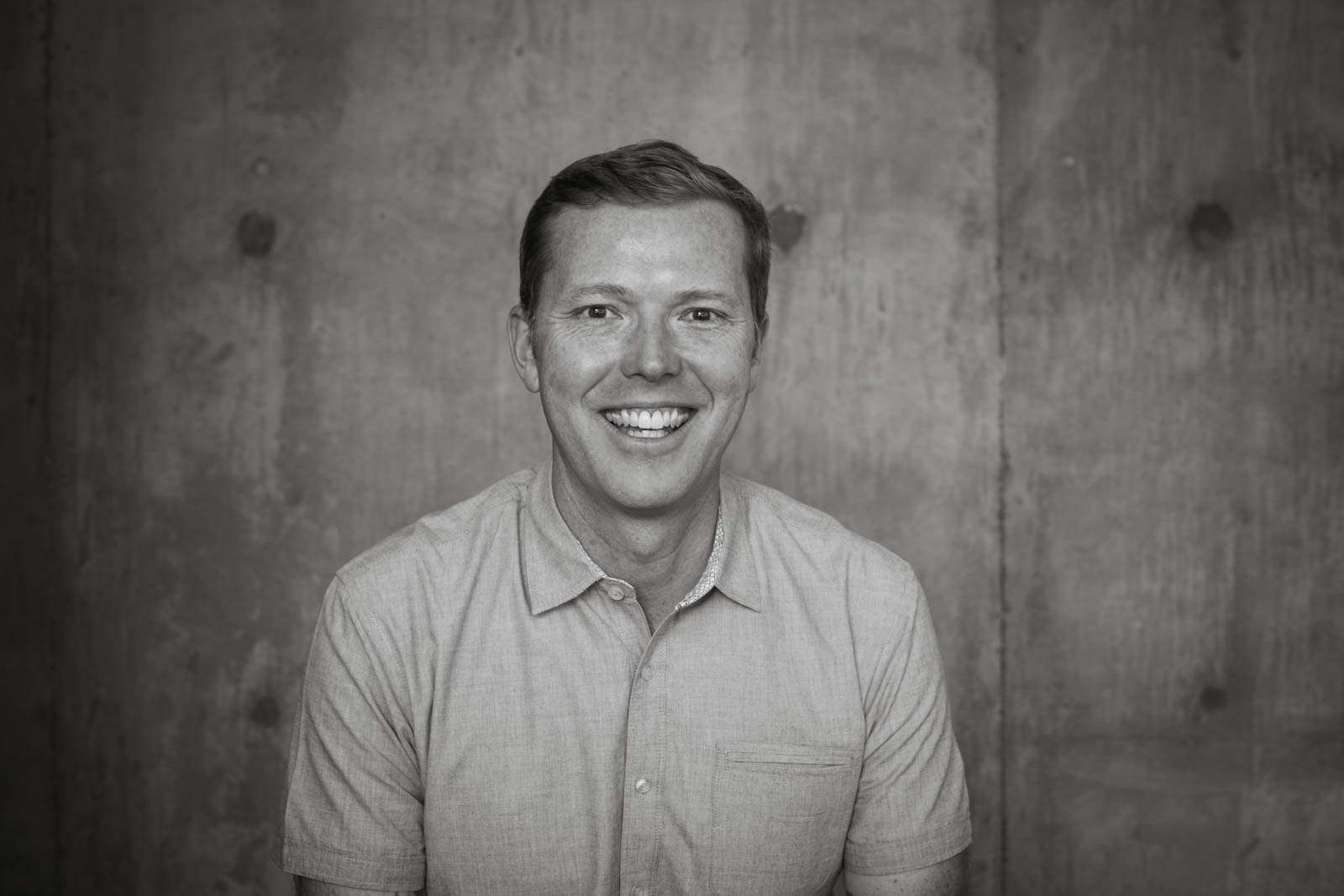 My clients are always my top priority, and my singular focus is to help them achieve their goals efficiently and effectively. This is the intention I set every day, and how I define success. As a trained and licensed (MA) attorney, I lead with a sharp attention to detail, a keen ear and focused voice, and an unwavering commitment to integrity, transparency and responsiveness. I’m a passionate advocate and I thrive when helping others succeed, and I’m always available to connect over a cup of coffee to learn how I can help make good things happen. Read my client reviews here. The choice to become a real estate broker was a joyful combination of two very different careers. Prior to moving to Portland in 2008, I was an environmental and title closing attorney in Massachustts. Since then, I've served as a program manager and fundraising professional for Portland-based non-profit organizations Friends of Trees, The Freshwater Trust and Ecotrust. While not scouting homes and helping clients, you can find me riding and racing bicycles, digging in the garden, practicing yoga, experimenting in the kitchen, and exploring the stunning beauty of the Pacific Northwest. Please let me know how I can help you or someone you know. Thank you!
Read More