First Time is the Charm: Modern Living in Gresham

My clients Mike and Emily were connected to me by their daughter Emily who bought a home in January. She told me her parents who were making the move from Denver to Portland to be closer to her and her sister and needed help finding the right home to meet their needs. Unfamiliar with the Portland area, aside from the insight from their kids, Mike and Alison took a thoughtful approach to the market and kept their minds open to all possibilities.

In anticipation of their move, we kept an eye on the market and the price over asking that the homes they liked were selling for to help create a frame for what a successful offer would have to look like.  Once they arrived in Portland we hit the ground running looking in Beaverton, Happy Valley, Lake Oswego, and Gresham. The first house we saw was in Gresham and had features that were hard to compete with.  A remodeled 1981 home the seller’s renovated the entire home updating while maintaining the features that make the home unique, including a interior atrium. 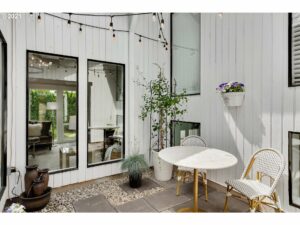 The bathrooms and kitchen were redone with tasteful finishes and appliances that took the question of remodeling off the table much to their relief. 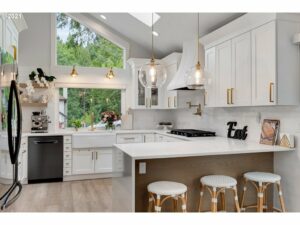 After seeing all that was available in the market, Mike and Alison decided to make an offer and after some negotiations with the seller’s agent, we got under contract.  They are within walking distance to a beautiful hiking trail, close to Mt. Hood so Emily and her sister can stop by on their way to and from the mountain during ski season, and they have a home that is a true stand out.  It was a true pleasure to help them 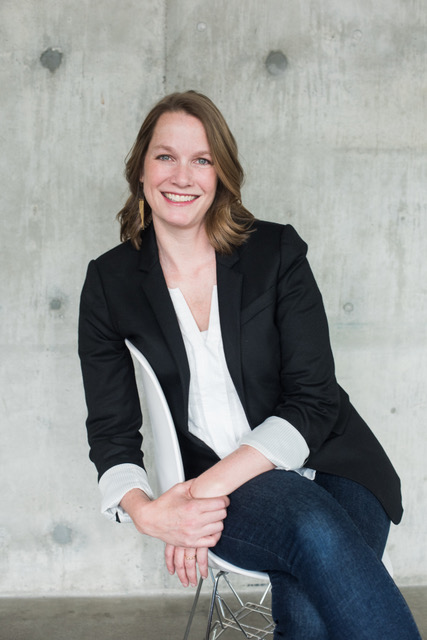 Sally moved to Portland with her family in 2012 from Brooklyn, NY, seeking an improved quality of life and a change of pace from her busy career in the sports industry. Moving with very little personal connection to the city was difficult and at times overwhelming, but she knew it would suit her lifestyle and be a place that reinforced the values she wanted for her children, and she was right! A mother of three (four, including her dog Eli), she has navigated new neighborhoods, schools, and other city resources and looks forward to sharing that knowledge with people looking to create or renew their own sense of place. The idea of "home" means something different to everyone and Sally's goal for her clients is to find the place where that word resonates for them. Every stage of life provides an element of transition and that often comes with a desire to change your surroundings. For some, it could be a question of space while for others it is changing scenery between the city and the country. Sally has lived in apartments, condominiums, teepees (long story), studios, rented houses, and now owns a home as well as a few rental properties with her husband in Portland. Sally is an avid skier and music fan and loves that this city provides the opportunity to pursue all of those interests in such an accessible way. Her sports loyalties still lie on the east coast, but she has caught the Portland Timbers bug and loves going to games with her family: the camaraderie is contagious! Ever the optimist, she believes that positive relationships and people are the key to personal and professional success, especially when it comes to real estate! She loves sharing her experience and wants to guide her clients to the place they call home.
Read More

A Perfect Place to Call Home

Erin started her home buying journey way back in 2018. She came to me looking for...

Rockwood is bounded on the west by Gresham City limits, on the north by Glisan Street,...

Congratulations to my clients Sarah & Shani that just scored their very own McMansion! We toured...