East Multnomah County has a treasure trove of hip homes and two are on a May tour.

The Gresham area is a treasure trove of the popular and meticulously designed mid-century modern homes and two of them will be included on a Saturday, May 11, regional tour of these in-demand houses. 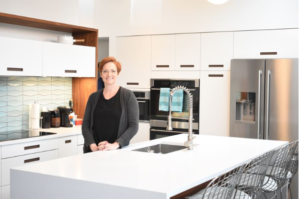 Swenson’s home was designed by architect Day Hilborn and constructed by commercial builder Paul E Emerick. The other Gresham residence on the tour is a beauty built in 1976 by local mid-century master Robert Rummer.

Although always in demand, mid-century modern homes have enjoyed a major resurgence in popularity recently, brought on in part by the wild success of the TV series “Mad Men” set in the stylish, Kennedy-era 1960s and more recently “The Marvelous Mrs. Maisel,” set in 1958. The clothing, furniture, and other designs figure so prominently in these shows that they essentially become a recurring character.

Stage Before Selling, Even in Today’s Market

I talked with Kara Mack on Afternoon Live today about the importance of professionally staging houses...

Today I talked with Kara from Afternoon Live about multifamily houses in Portland. To see the...