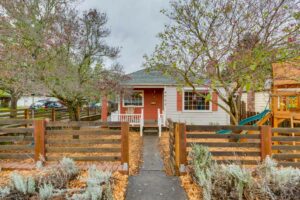 THIS IS THE PERFECT LIGHT FIXER!

Living it up in Lents!

Congratulations T&T on this incredible investment property. 1/4 acre close in with so much potential! I...

So excited for my buyer clients Matt & Samantha as they prepare to close on the...

I’ll start off by saying that the market in Portland is tough for first-time buyers right...

The leaves are leaving. Winter is coming. The year is nearly done. In the midst of...